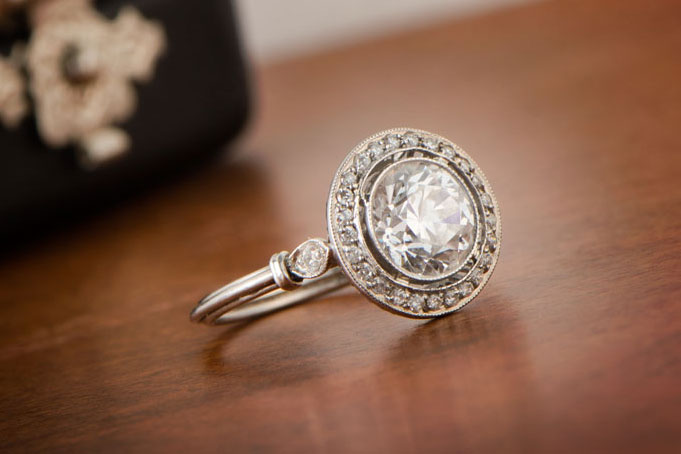 The tradition of binding a relationship with the giving of a ring isn’t new. Indeed, the custom dates back to at least the days of Ancient Rome, with enough evidence to suggest both the Egyptians and Greeks observed the giving of a ring as a symbol of partnership. It was probably the aforementioned Romans, though who first used rings to specifically signify the betrothal of a man and his chosen wife.

It isn’t certain whether this ring giving was a demonstration of love or the simple indication of ownership being exerted and a warning to other men that the woman was no longer available. What is certain, of course, is that the tradition lives on two thousand years later! 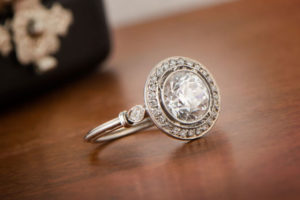 The first recorded giving of a diamond engagement ring isn’t quite so ancient, but it is still impressively old. In 1477 the Holy Roman Emperor of the time, the Archduke Maximilian of Austria, presented a ring fiancé, Mary of Burgundy. It wasn’t, though, until the Victorian nobility adopted the practise of giving jewelled rings on the announcement of an engagement, that the tradition gained a little more of a foothold in general society.

Even then, diamonds were still seen as a trinket for the rich. That all changed in the 1870s, when large diamond stocks were discovered in South Africa, and suddenly a stone previously so precious that it was out of the reach of all but the very rich became much more affordable.

This, in itself created a problem for De Beers who, both then and now, held the monopoly on diamond extraction and sale across the world. By the time of the 1930s, diamond prices were falling sharply, partly because of market saturation, and partly due to the poor economic conditions of the time.

De Beers hit on a two pronged idea. The first would be to strictly control the release of diamonds into the market, and the second was to make sure they also controlled exactly how that market would promote ownership of a diamond ring. They deliberately kept the De Beers name out of all advertising and other marketing, preferring to promote simply the diamonds themselves. They didn’t need to attach a brand to the diamonds, of course, because they would benefit from the sale of every single diamond anyway!

Working with the N.W. Ayer advertising agency in Philadelphia, De Beers’ sights were set on a market sector which possessed extreme emotional qualities, and which wouldn’t create a secondary market for pre-owned diamonds. In an age when marriages were assumed likely to last a lifetime, it was decided that diamonds would become the single most important symbol of love and happiness.

With a policy of “Let the big sell the small”, aspirational advertising methods became the norm, as newly engaged or married movie stars were seen routinely sporting huge diamond rings. This led to a massive increase in sales of more modest diamonds, and the future of the diamond as the jewel of choice for those in love was sealed.

In order to put the final stamp on the diamond as the symbol of eternal love once and for all, N.W. Ayer came up with one of the most defining marketing slogans ever conceived. The four words that really made the engagement ring what it is today – “A diamond is forever”.

From humble beginnings, the engagement ring is no longer just a ring, but a statement. Without the diamond, that statement would surely have a lot less impact.