The term “conflict diamond” doesn’t accurately describe what such diamonds really are. Another name is “blood diamond”, which goes some way to painting a clearer picture, but both phrases are often misunderstood.

A name like conflict diamonds might indicate that they were produced under adverse conditions, or fought over like the spoils of war, and this is often the most common misunderstanding. In reality, the truth is far more uncomfortable for the diamond industry as a whole.

Conflict diamonds don’t result from conflicts, they fund them.

There are very few traded commodities that are an almost sure-fire investment, but diamonds are one of them. This makes them valuable for anybody with access to a regular supply, and it’s no different for factions involved in civil wars or border disputes. Most of the conflicts in Africa over the past 40 years have been funded at least in part by the trade in illegal diamonds. Wars in Angola, DR of Congo (formerly Zaire), Liberia and more brought conflict diamonds flooding to the open market until, in 1998, the UN set about putting a halt to the trading of diamonds not certified as conflict-free.

At the time of the UN Resolution 1173 to investigate conflict diamonds, it was estimated that 25% of all diamonds of African origin being traded globally were sold to fund wars. Official UN figures now puts that figure at 1%, but many organizations dispute this figure, and claim the figure is nearer 10%. Although an improvement on pre-1998 figures, it still means that up to £800m worth of diamonds arriving on the open market every year are conflict diamonds. Conflict diamonds are usually sold in rough form, before being cut and polished. Once cut, provenance is almost impossible to prove or disprove, so such diamonds quickly get lost in the crowd.

The result of the UN Resolution and subsequent investigation into conflict diamonds was the introduction of the Kimberley Process, which was created with the intention of regulating the diamond trade industry. Nations have to sign up to the agreement, and are compelled to take measures to end any conflict diamond trading originating within their borders. Failure to do so means membership of the scheme can be rescinded, and the right to trade in global diamond markets is banned.

Technically, the name conflict diamonds only applies to those diamonds sold by groups opposing a legitimate, UN recognized government, but it has long been suspected that some of the less stable African, governments such as in Zimbabwe, have also used illegal diamond trading to fund their own regime, whilst publicly supporting the Kimberley Process. Because the UN doesn’t consider government backed trading as illegal such diamonds are openly, and  certifiably, sold as conflict-free.

With such tacit complicity to the trade in conflict diamonds going unchallenged, monitoring groups feel the scheme is too easily circumvented, and maintain that it is unworkable in its present form. 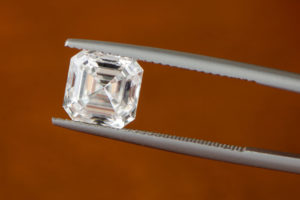 Although the overall success of the Kimberley Process is arguable, there’s no doubt that the trade in conflict diamonds has reduced since its introduction. Sadly, wars have become a permanent fixture of our modern world, which means there will always be funding needed for all the factions involved. The wider term used is “conflict-resources”, but diamonds are, and probably always will be, the go to commodity for a quick buck, and lots of them.

Take a look at Estate Diamond Jewelry, they are a company who sells vintage engagement rings and will only buy and use proven ethically-sourced diamonds. The trade in conflict diamonds means horrific working conditions for people – often children – involved in the extraction process, and risk to life is extremely significant. If we have any doubts about the provenance or history of a diamond, we will always decline to buy it. They also have a great article on this topic.