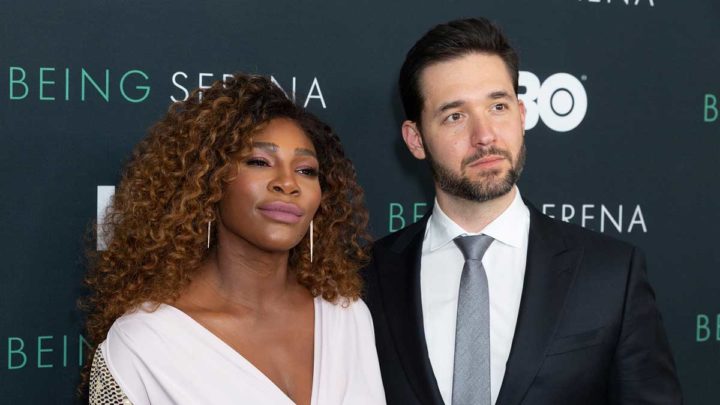 When one of the richest men in the world proposes to one of the most successful women in sports history, it’s probably to be expected that the engagement ring would be spectacular.

It’s also no surprise that the ring made its debut on Reddit. Williams’ fiancé is none other than Alexis Ohanian, the founder of Reddit. This also means that Ohanian has money to spend. Lots of money, actually, and he didn’t flinch at spending it on an engagement ring for Williams.

Williams and Ohanian first met in Rome, and this is where the surprise proposal took place. Williams announced the engagement by way of a poem, laying out how the proposal came about.

Although quite well known amongst press and fans alike, Williams and Ohanian never confirmed their relationship until the engagement news worked its way into social media. At that point, in December 2016, the couple had been together for around 15 months.

The first “official” photo showing the engagement ring was nominally a plug for Williams’ long-time sponsors Nike. Appearing, as she usually does, wearing tennis shoes, she gave the photo the title “Can’t Resist Shoe Game”. The couple stopped short of actually announcing the engagement there and then, but the ring was there for all to see.

A further photo eventually appeared on Instagram, showing Williams with daughter Olympia on her knee. The ring is clearly in shot as Williams holds her daughter’s legs. Actually, “be seen” isn’t enough to say about the picture. You really can’t miss the ring, it’s so big.

Daddy knows how much I love leopard print.

Keeping the relationship on the down-low for a year and a half is one thing. Keeping a ring as big as this one is a little trickier.

Williams and Ohanian have never released the details of the ring itself. There are no official pictures. Those appearing in the media are grainy crops from event photos. The best pictures, actually, come from Serena Williams herself.

As a fan of Instagram, in particular, and with a beautiful baby girl to show off, the ring does feature in several “at home” images. With a lack of official details, we’re all left to speculate about the ring, and what it might have cost Alexis Ohanian.

Based on what we can see, the cut of the center diamond looks to be emerald. This cut is becoming more and more popular after falling out of fashion somewhat over the past couple of decades. The cut works especially well with larger diamonds. The diamond itself looks to be in the region of 12ct in weight, which is big, even by celebrity bling standards.

There is a further diamond at each side of the center stone. This, technically, makes the ring a triple setting, but there’s no doubting what the star of the show is. The band also looks to be full of diamonds and is likely to be platinum.

Now we need to start really guessing. From the pictures, it’s impossible to tell the clarity of color of the center diamond. But, given Ohanian’s deep pockets, we’d take a guess at the color being about F, and the clarity to be somewhere from VVS1 to VS1.

Given the rarity of high-quality diamonds at this size, if we’re correct, the price would probably have to be somewhere in the region of $2,000,000.

Despite his very high profile position, Alexis Ohanian has remained pretty private about his relationship with, and subsequent marriage to, Serena Williams. Although he no longer owns Reddit, he remains on the board and is still hugely influential on the direction the platform takes.

Serena, of course, has gone back to doing what she does best, winning tennis matches. Her fiery, on-court temperament is well documented, but you only have to look at the pictures of her with her husband and daughter to know it all gets left out on the court.