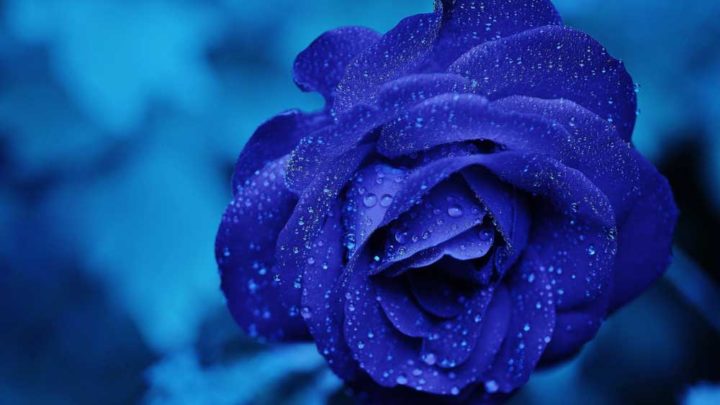 Most people are familiar with the rhyme “Something old, something new something borrowed, something blue”, and the fact that it is associated with a wedding, specifically with the bride on her wedding day and things she should carry about her person to bring good luck.

The old, new and borrowed parts are pretty self-explanatory, but what about “…the blue”?

The History Of The Rhyme Itself

The last line of the full rhyme is usually omitted when quoted these days, and the entire verse is thus –

“Something old, something new,

Something borrowed, something blue

A silver sixpence for her shoe”

The origins of the rhyme are unclear, but it is thought to have originated in England in the mid-19th century and became very popular during the Victorian era. In case you were wondering, a sixpence wasn’t worth six pennies in the sense we know it now, but was 1/40th of 1 English pound. Until 1971, believe it or not, the English pound was divided into 240 pennies.

After decimalization, the sixpence became worth 2 ½ pence (pennies) but was still colloquially known as “sixpence” until the coin was withdrawn in 1980 when the half penny coin was also withdrawn. It may be the fact that the sixpence is no longer in circulation that the line referencing it has largely been forgotten.

According to legend, the bride must collect the items from friends and family and wear or carry them during the wedding. The “old” is often a piece of jewelry given by the bride’s mother or grandmother and, likewise, the “borrowed” can be jewelry or a small item which fits easily into a purse or which can be pinned to the wedding dress, out of sight. Sometimes, the “new” and “blue” are combined to a single item, commonly a blue garter.

“Old and “new” represent the blessings of life up to now and the optimism for the marriage from this point. “Borrowed” is a good luck symbol from a friend or family member whose own marriage is a happy one, in the belief that the happiness will continue to the new marriage. “Blue”, though, is far more ancient and symbolic.

Through the ages, the color blue has represented modesty and fidelity. Ever since Roman times, the color has been used as a symbol of purity, and it is probably no coincidence that the Virgin Mary is traditionally clothed in blue to affirm her status. Of all the lines in the rhyme, it is the “something blue” that carries the most powerful message and yet also the one which is most misunderstood.

Despite modern society not being anywhere near as superstitious or as willing to adhere to tradition as it was even a hundred years ago, this quite quaint custom does live on, and it’s actually rather sweet that it does. We live in quite a cynical world at times, so the very process of quietly including such a simple thing in one of the most important days in a bride’s life is one which deserves preserving.